WordPress is currently the single most popular content management system in the world. It powers around a third of all websites out there, way more than its competitors. The reasons why it’s so beloved are numerous, but we can sum up its appeal in a few words:

Seeing that WordPress is the engine behind a third of the internet, it’s no shocker that a lot of interesting people and organizations make use of it. But have you ever actually looked into it? From world-renowned celebrities to massive organizations responsible for some of mankind’s most impressive achievements, the span of fascinating users is truly something to marvel at.

Are you intrigued? Then check out this quick list to get a taste of the extent of the WordPress community.

Alright, obviously the famous but fictitious British secret agent doesn’t use WordPress himself. However, the official site dedicated to the character and his every appearance does. The site is as sleek and sophisticated as the dashing 007 himself, sporting a clean look that blends both modern and vintage aesthetics. If WordPress is cool enough for James Bond, it’s certainly cool enough for you.

A quick glance will make you want to put on a tuxedo and order a medium-dry vodka martini. Shaken, not stirred, of course.

So, if you’re a James Bond fan, this site is where you want to be. It’s a hub of news and trivia related to the legendary agent.

The eight-time Olympic champion sprinter from Jamaica is the current holder of several world records, including the 100- and 200-meter dash. Such a world-renowned figure deserves a great looking and working site, and WordPress has the tools to make it.

Usain’s official site is dedicated to delivering the latest news about the retired athlete. It has quite a minimalistic design, with the accent being on content rather than the layout itself. It uses a Parallax full-scale slider, lovely product pages, and carousels. What’s more, there’s a static background image for every page.

The now legendary American heavy metal group Mötley Crüe has left an indelible trace on the world of rock music over the course of nearly four decades. Their WordPress based website is a fitting tribute to these musical monsters. As you might expect, its aesthetic is heavily reminiscent of that particular gritty, biker-like mood associated with the kind of music they make.

Beyond the dark atmosphere, this website makes use of a full-width slider and a footer.

It’s quite straightforward in its presentation:

You get a content block and a background, a few necessary features, and that’s it. The store uses large images and is pleasing to the eye, without a metal/biker visuals overload.

Yes, you read that right:

The National Aeronautics and Space Administration, one of the most advanced organizations on this planet, responsible for putting a man on the moon, makes use of WordPress. To be more precise, their official nasa.gov site doesn’t run on WordPress. However, their various other sites, such as data.nasa.gov and open.nasa.gov, do.

The reason why their main site doesn’t use WordPress is that its creation predated the CMS. That being said, there has been a push to transfer it to an open source platform. In fact, NASA has historically shown great love and enthusiasm for open source technology. What’s more, it has even encouraged others to recreate their site if they so choose.

So, there you have it – not even the sky’s the limit for WordPress users! 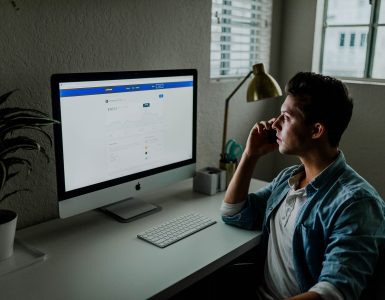 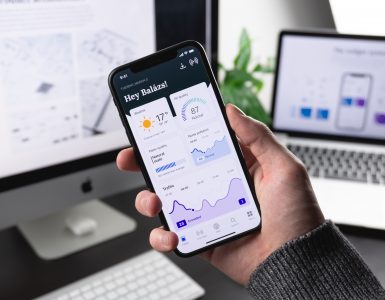