So, you have a fantastic idea for the next big app. You can’t wait to get started designing, building and releasing your new gem to the world. But, before you get started, here are some essential things to remember. Using these tips, you’re sure to succeed as an independent app developer.

Make sure your idea works

It’s easy to fall in love with our ideas. While your app idea might be fool-proof, there is always a chance that the app won’t work in the current market. The best way to test whether your idea is a good one is by looking for all the reasons why it might fail. Begin by searching for similar apps. If there is already a lot of competition in your field, your app might not be able to generate enough users. Knowing what you’re up against means you won’t be disappointed further down the line.

Be clear on the what the app does

When you begin designing your app, make sure you have a crystal clear idea of what the app should do, and what users will get when they use it. If you feel yourself over complicating the app with tons of extra features, your app will lose its clarity. If your app does too much, you might alienate users. Most users actually yearn for simplicity in their apps. They want them to do one thing, and to do it well. So, keep your app focused and functional.

Focus on the design

The look and feel of the app is probably the most important thing after functionality. Make sure that your app looks clean, attractive, and slick. Users will be automatically turned off by an app that looks outdated or poorly designed. Good design makes your app look professional and dependable. Also, be sure to put some time and thought into the design of your icon, as this will be your users’ first encounter with your app.

Coming up with a great app idea is hard. But not as hard as finding a great app development team. Evans Data Corporation estimates there are 23 million people working as desktop, web, and mobile app developers worldwide. If you pick one of them without putting too much thought into it, you’ll harm your business. This article provides a few tips on how to find app developers.

Keep on testing your app across multiple devices

Using an automated testing service can be the making or breaking of your new app. Using pCloudy, for instance, you’ll be able to run tests on multiple devices simultaneously. You’ll immediately have access to a huge range of devices, so you’ll know where and when bugs are ruining the app’s functionality. With pCloudy, testing is remarkably quick and simple – with just a few lines of code, you’ll be up and running.

Commit to your app after it is released

Don’t give up on your app if it’s not an overnight success. Stay committed to your app and keep plugging away. Most apps get better over time. Use the first few months as an opportunity to keep an eye on initial analytics. See what your users like and don’t like and make changes accordingly. Apps work when their users find themselves coming back again and again. So, use these early stages as a chance to understand how to create an app that people enjoy using.

Netling is a web & mobile development studio based in New Delhi, India. It is a solution for products and design teams to covert their designs into fully functional products. 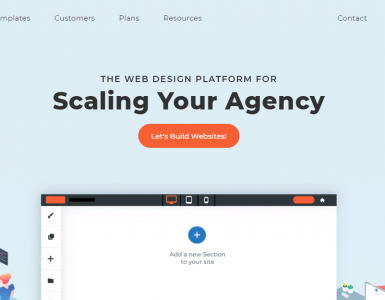 With so many available web design platforms out in the market, choosing the right one to help you scale your web design business can be overwhelming.  You’ll need to consider several essential factors like the...

Kajabi Review: How Kajabi Helps You Build and Sell an Online Course